Transfer by private taxi to and from Lake Garda

Lake Garda (Italian: Lago di Garda [ˈlaːɡo di ˈɡarda] or Lago Benaco, Latin: Benacus) is the largest lake in Italy. It is a popular holiday location and is located in northern Italy, about halfway between Brescia and Verona, and between Venice and Milan. Glaciers formed this alpine region at the end of the last Ice Age. The lake and its shoreline are divided between the provinces of Verona (to the south-east), Brescia (south-west), and Trentino (north). The name Garda, which the lake has been seen referred to in documents dating to the eighth century, comes from the town of the same name. It is the evolution of the Germanic word warda, meaning "place of guard" or "place of observation."

The ancient fortified town of Sirmione, located on the south of the lake, is one particularly popular destination, home to the Virgilio & Catullo Spa Complexes, as well as numerous restaurants, bars, hotels, fashion stores and a market. The picturesque Scaliger castle dates from the 13th century. The Roman poet Catullus had a villa here, and visitors can see a ruined Roman spa named the Grotte di Catullo (Grottoes of Catullus) although there is no evidence linking him to this particular building. The sulfur springs at the tip of the peninsula have a reputation for healing catarrhal conditions, particularly those involving the ear. Another popular town is the town of Garda. Garda is approximately 30 kilometres (19 mi) from the more popular town of Verona. Garda's economy is based off tourism. Nearby, there is Gardaland, one of the most famous theme parks in Italy. At the northern end of the lake, the towns of Riva and Torbole are famous for winds that attract people who sail, windsurf & kiteboard. 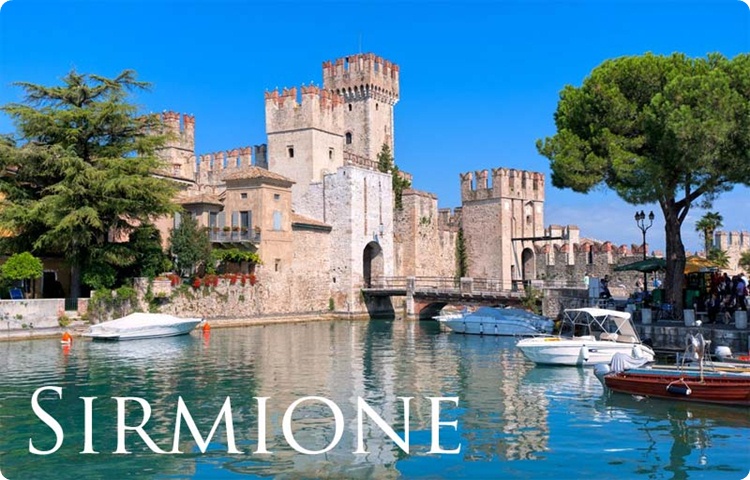 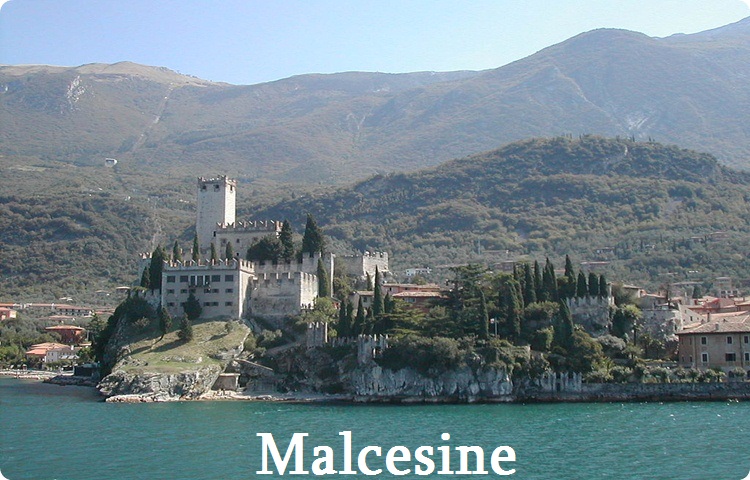 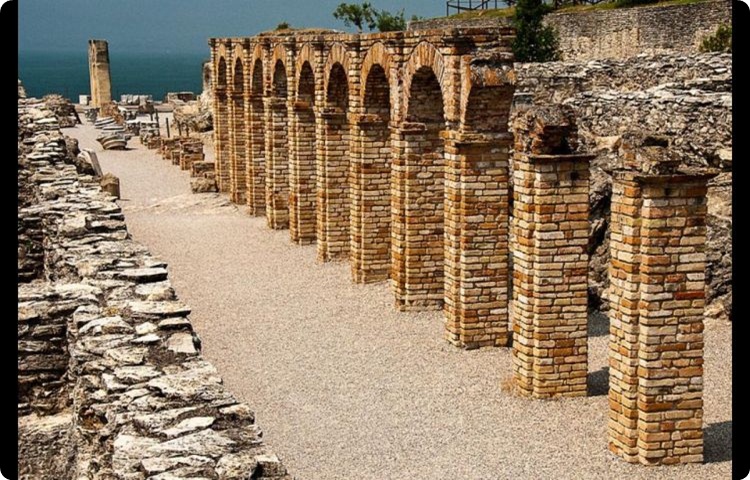